The latest rules update has been published and with this blog post we would like to explain why we have made such changes, as well as giving an insight on further changes in terms of punishments.

It is worth explaining that we are going to put greater effort to spot Ban Evaders for 2.1§ related offences and severe intentional offences.

Another internal change that will also affect you is the ability to report Ban Evaders. Our focus is to have a lean approach on what we do, freeing ourselves of steps that are often unproductive and provide close to no results. We have worked a lot on web reports and feedback tickets by checking accounts we received and we deem this method highly inefficient. Out of 6496 Ban Evading reports we processed, barely 30% of them was classed as a valid web report and resulted in a ban. Starting today, it won't be possible to report in any way Ban Evaders through the web report system or the feedback system, all BE related processes will be handled internally with the appropriate tools available for the Game Moderation Management.

Further improvements have been made to 1.4§ - Reporting users. We have improved wording to let players and staff members have a better understanding of the rules and we also decided to publicly share the punishments we have been issuing for the past year as per internal rules. From now on, the GM Team will decline any report that does not comply with the rules in order to increase the average quality of web reports and for certain rules violations, the Game Moderation Management will manually issue a 30 days ban from the web report system which will need to be appealed through the feedback system. The second offence will be permanent. We feel like this is a necessary step due to the outstanding amount of total web reports declined that goes as high as 326,989, 26% of the total received.

Following the Road to Simulation #2 blog post, we would like to take further steps forward in preventing intentional offences from happening on our servers. The Game Moderation Management has made wide use of the 2.9§ rule in the past months and issued permanent bans, even as first bans, to players that were intentionally violating rules. Back in 2019 we have issued a total of 14,323 permanent bans which are still active as of today. In 2020, we stepped it up at 17,919 permanent bans with an increase of 25%. We do not intend to stop this trend: we will make further internal changes to ban people even faster that intentionally violate the rules for driving-related offences. We will be restricting the loop further on racist remarks and we will be having a zero-tolerance policy for racism-related offences and we'll go as far as issuing instant permanent bans for such violations. TruckersMP is a worldwide community, full of players of any age and any origin and we won't consider racism as "just" a worse insult any longer. In the past months, we have already started issuing harsher bans for such offences, however, we want to make it clear what we will be doing with such events.

One major change that you can read in our latest rules update is the restricted use of anything related to criminal organizations on tags, avatars, names, VTC names etc. on all our services. At TruckersMP we've always restricted the possibility to impersonate in any way other users, staff members, political figures, law enforcement, leaders and authorities of any kind and we do not believe allowing the use criminal organizations such as the "Mafia" are fit for our community. We do not support nor encourage the views of such organizations and for this reason, we do not want these to be part of our servers.

We are very well aware that some specific names are widely used in the community, which is why we will be giving a 7 days cool down to remove and/or change all criminal organization related content, whether they are in-game tags, usernames, vehicle tags, VTC names and tags, avatars etc. After the cooldown has ended, on the 21/02/2021, we will proceed to issue punishments for in-game related offences and hand-made changes for the other TruckersMP related services such as Forums, VTCs and TruckersMP profiles as we do on a daily basis for other violations of the 1.5§ rule.

58 comments on the forum 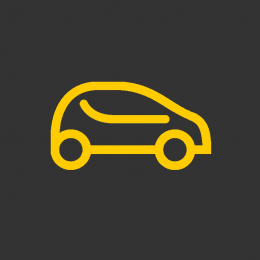