State of the Project and the Future

State of the Project and the Future

We recently had our 7th anniversary, which has been a blast. We thank every single one of you who has been here with us the past years or recently joined.

I have planned 2021 to be the year of major changes. The year where we will focus on changing how TruckersMP works (internally) and providing certain highly-requested features to you. Maybe you remember that we had our 2020 Christmas video where I appeared at the end of the video showing multiple pictures in the back. People quickly started decoding the top image and found out what it meant.

With this post, I am officially confirming that TruckersMP succeeded in making some major plans come true, thanks to you as the community and our staff team. I want to thank our Patrons in particular because they are the main ones who made it possible for us to have someone working full-time for TruckersMP. Starting July 2021, our Game Developer ShawnCZek will be the first person working for TruckersMP. Our dream is to have more people working full-time on the project, so we can provide better and more game and website-related features to you.

This being said, the Patreon campaign goals have been updated to the current situation and to what would be required to achieve the next steps.

What else was visible on the image in the Christmas video? 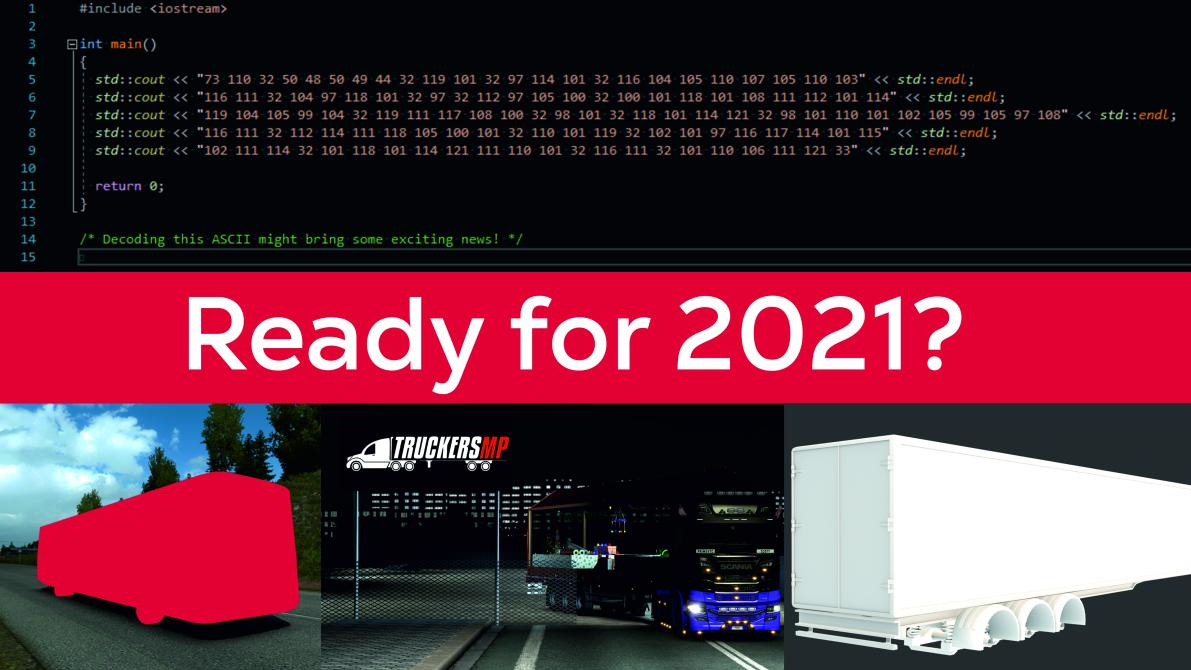 Bottom left picture: A lot of people instantly figured out this shape looks like a bus, which is indeed true. With our Alternating Vehicles, we made it possible that you will be able to drive a bus now and then. But, there is more! Hopefully later this year, you will find out more information regarding this.

Bottom middle picture: This image is referring to a unique major event later this year, stay tuned for that!

What are the plans for the project and the Patreon campaign?

Over the past years, TruckersMP has grown continuously and we are slowly approaching 4.5 million accounts! Getting more players means we need to get more staff.

In February, 885 of you applied for a position as Game Moderator. 7% of those were invited to an interview and we ended up welcoming a total of 30 new Game Moderation Trainees to our team!
An increase of people in the community and staff means that more people want to express their opinions and provide their wish to get certain new features. We love that you share with us how you feel and what you would like to see in the project.

As mentioned above, the Patreon campaign is essential for us to achieve our dreams. We will not solely focus on our Patrons alone, that would be a big shame. Though it needs to be mentioned that if we want to grow and if we want to bring everything that is planned, we will need to pay people ... and that means money is required. At the moment of writing this post, no one in TruckersMP is paid to work for TruckersMP. Every developer, manager and team member does their tasks mostly alongside school/work/...

To be completely transparent with the community, I will be sharing the number of tasks that are currently waiting to be completed by Developers. This does not include all the 'accepted' suggestions, it includes feature requests submitted by staff members and community, minor and major tasks that are planned for years, and similar. The amount is 207 tasks. We hope to complete the majority of these tasks this year, which would mean that a long-awaited feature is planned to be released.

As for the Patreon campaign, it is going very well and the current revenue makes us able to fulfil the needs for the first step of our dream described above. If we want to move on to the next steps, we will have to increase the revenue. As said when we started the Patreon campaign back in October 2019, we will not increase the prices of the current tiers, nor move around benefits of a current tier to a higher tier. We are currently brainstorming what we can do to make our Patreon campaign more appealing for new and existing players. We have compared our Patreon campaign to other campaigns in the gaming industry and were surprised about the popularity of some campaigns (and the lack of content that they are giving back to Patrons).

When we asked for your opinions about what you would like to see as a reward in return for your subscription, the most requested one is a custom skin for truck/trailer. While this seems like something we would love to provide, it is currently not viable to do with how TruckersMP is currently built. Apart from that, the price of infrastructure will increase exponentially.

A $10 tier is something very likely to come to the TruckersMP Patreon campaign somewhere this year or early next year, but as said above, we are thinking what could be worth providing for such a tier. An early access system or access to testing environments is maybe possible, but feel free to bring up things you would like to see for Patrons. If you are a Patron, what else would you like to see in return for your subscription? If you are not a Patron, what things would make you consider becoming one? Feel free to let us know by replying to the forum topic linked to this blog (or reply to this topic, if you are reading this on the forum).

Over the past years, you have submitted a huge amount of suggestions, which we want to thank you for. We have accepted, rejected and opened many suggestions for discussion. A lot of tasks for developers were made because of these suggestions. Sadly, we have never been able to give ETAs on when certain features can be expected. We plan to focus more on suggestions once we get our first paid Game Developer. It will then be easier to prioritise features and create a plan with deadlines. There is a possibility that we will ask you which things you want to see first. These can be little things like chat colours or displaying the tag in chat or can be major things like an economy system or maybe even something AI-related

Some previously accepted suggestions may be reviewed again to see if they are still needed, so possibly some of these can be rejected. But we will do our best to explain why something gets rejected while it was accepted in the past.

With this being said, on behalf of the TruckersMP Team, I would like to thank you for playing TruckersMP in the past seven years, sharing pictures, videos, suggestions, feedback and so much more with us. It will be nice to see you on the road again and I hope these changes will make your TruckersMP experience better.

72 comments on the forum 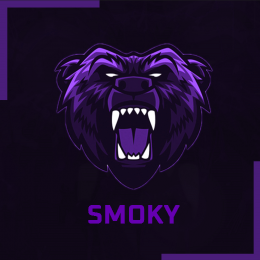