Aces of the Road


Aces of the Road

Company currently undergoing construction. We strive to add realism while still having fun. We not only accept company drivers(drivers using company trucks with set paint and specs), but we also are accepting Owner/operators who would like to drive their own truck pulling for RBT(limited positions simply for realism). Are you a small VTC and would like to link up with other VTCs and drivers in the community? We would like to help bring the VTC community together more while still being their own companies. To do this we also accept applications for "Approved Carriers" these are VTCs who would like to still have their own VTC but would also like to be part of another VTC community(like being in 2 VTCs but the 2 work together and separately). This will likely be slow at first but if enough VTCs come it will create a place for multiple VTCs to do, plan, and talk together in one place while still remaining as their own. Also this is for realism as carriers in real life many times have other companies within pulling their freight(i.e. an owner operator with 3 trucks and 2 other hired drivers under its own company name contracted with another to company to pull their freight).

We use Trucksbook for logs on ETS2 and ATS. You can get that here: https://trucksbook.eu/ Company Drivers: Will have preset trucks and trailers Owner/Operators: Will have preset RBT trailers or may pull in-game company trailers, or a plain white trailer. Approved Carriers: No restrictions, RBT trailer presets made available to each VTC(only if that VTC owner approves carrying RBT trailers for his/her VTC) should an RBT trailer want to be used. Also if any VTC owner wants to allow the use of their VTC trailer presets for RBT drivers, you may make them available to RBT drivers. The trailer preset sharing creates the realistic illusion of outside companies hauling other companies freight and the occasional trailer sharing. RBT currently uses Volvo, Scania, Mercedes, Man, DAF, Iveco, & Renault trucks in ETS2, and Peterbilt, Kenworth, & Volvo trucks in ATS. NOTE, this may be changed.

SOME HISTORY AND OTHER INFO ABOUT US: We've been around for 1 good year and a half mostly as just 1 driver, currently developing website, divisions, etc. Owner drives in real life so can be hard to get on sometimes, so be aware of that until a good reliable assistant can be found. Until then we are still accepting applicants for those interested. We are hiring for ETS2 and ATS both, you may apply for either one or for both. We are also for single player and multiplayer, however we do multiplayer most and encourage it. Both are welcomed. There will be a 60 day probationary period.

There are currently no posts 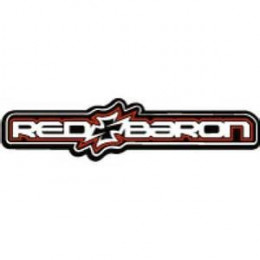