Following the announcement of the open test of ATS version 1.38 update, we are pleased to show community members the improvements, repairs and new functions that will be found in the upcoming European truck simulation version 21.38 update.

There will be at least a few weeks before the release of version 1.38, so please note that this is only an early open test version, and many of its contents are still in the development stage. If you want to try it early, you can also give feedback on any bugs you may encounter in the designated section of our official forum. Your feedback and reports are very valuable to our team. I would like to thank you in advance for your time to help us.

So, what can you expect to find in the open test of ETS2 version 1.38 update? Let's take a closer look!

First of all, Lille has been renovated, including new road network, updating existing intersections, more delicate scenery, new vegetation, terrain texture and so on! 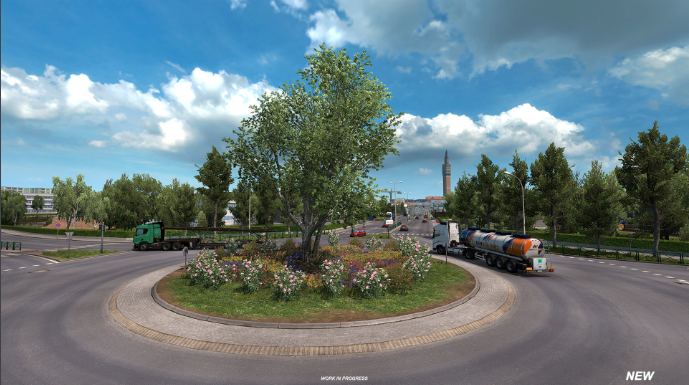 The main change lies in remaking the road network to make it closer to the layout in reality. On the whole, road signs and roads have been updated, become more accurate and realistic, and have detailed texture.

You can find special blog articles on this topic, which show many changes inside and outside the city. However, the best way to know is to see for yourself! So please go to Lille and tell us what you think through social media channels. 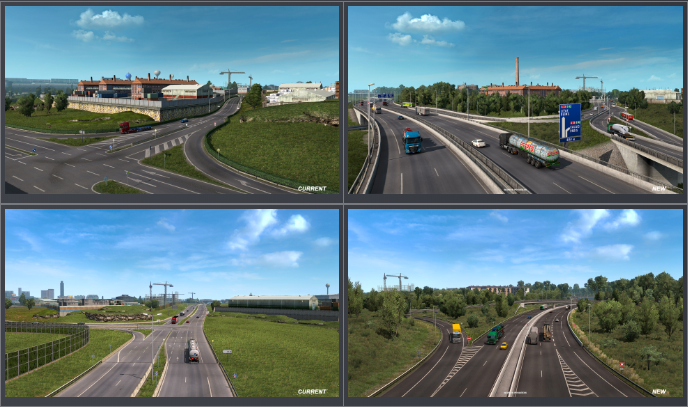 Another major change in version 1.38 is related to truck dealers all over Europe. Now, every dealer who represents his truck brand has a unique design. The dealer locations of the whole map of Europe Truck Simulation 2 have been refreshed, so please remember to re-explore them when passing by (believe us, it is worth stopping! ）。 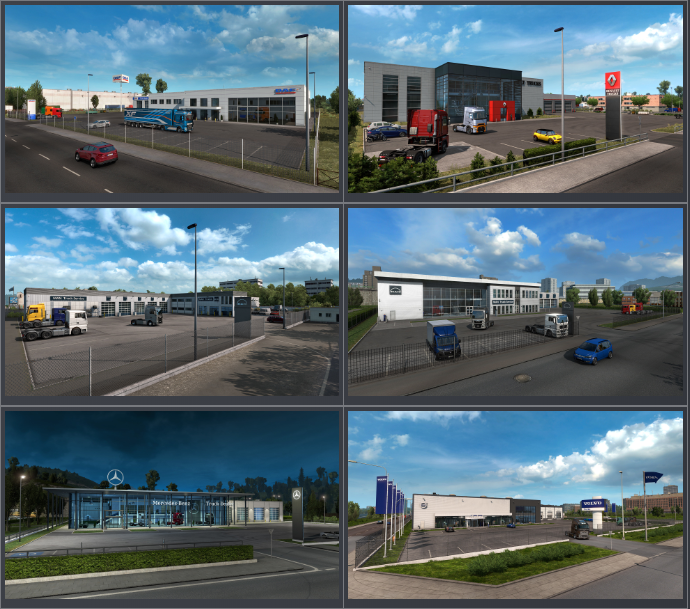 We are also pleased to introduce new computer graphics technology, which can estimate the shielding effect of ambient light in real time and efficiently. Screen-space ambient occlusion, whose abbreviation is SSAO, is better known. SSAO can generate shadows at the joints of objects, making them look more natural and real in light and shadow. 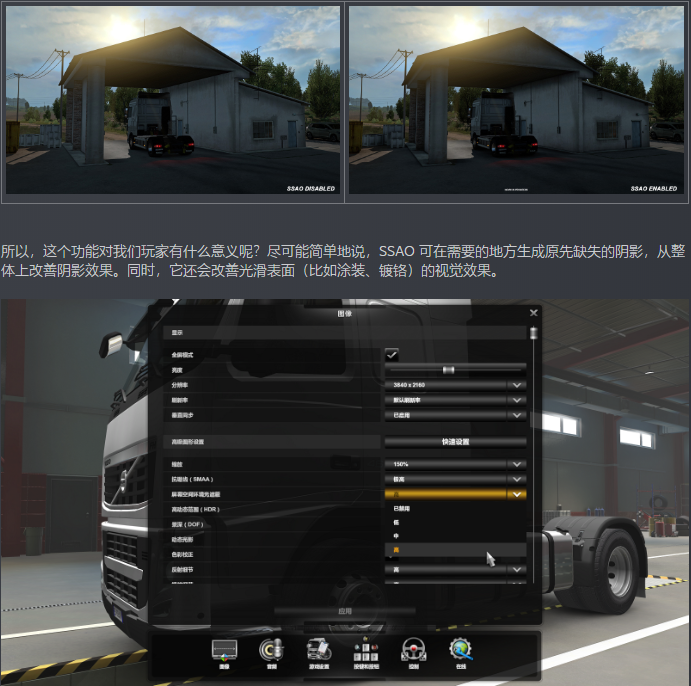 China's K.T team is striving to become the best European truck simulation 2 team, while the [KT] team is also committed to maintaining the game environment and improving the impression of foreign players on Chinese players. We also have experienced management team, including human resources, activity organization planning, and technical support.

Welcome to join us the players who like European truck simulation 2. If you would like to join us, please contact us through QQ group or YY team reception.