If you missed the original blog for the Racing Championship, you can check it out here: https://truckersmp.com/blog/164

Our second instalment of the Racing Championship series has now concluded, with great results!

Hundreds of players attended the event, whether they were spectating the action in real time, or hoping to be amongst the lucky selected participants.

As six drivers competed together in each round, it was a challenging experience as only the fastest three would make it through to the next round. Starting with the Qualifier, drivers would have their skills and nerves put to the test.

Pushing through the Qualifier, Quarter Final, and Semi-Final as the top three, we had our surviving six drivers in the Final:

Our Racing Champion is...

All 48 drivers pushed hard for the Champion title, but there could only be one winner...

As four finalists wiped out before the finish line, it was neck and neck between IceRaged and Nikitos345.

After both battled nervously, we can now present to you our second Racing Champion... IceRaged! 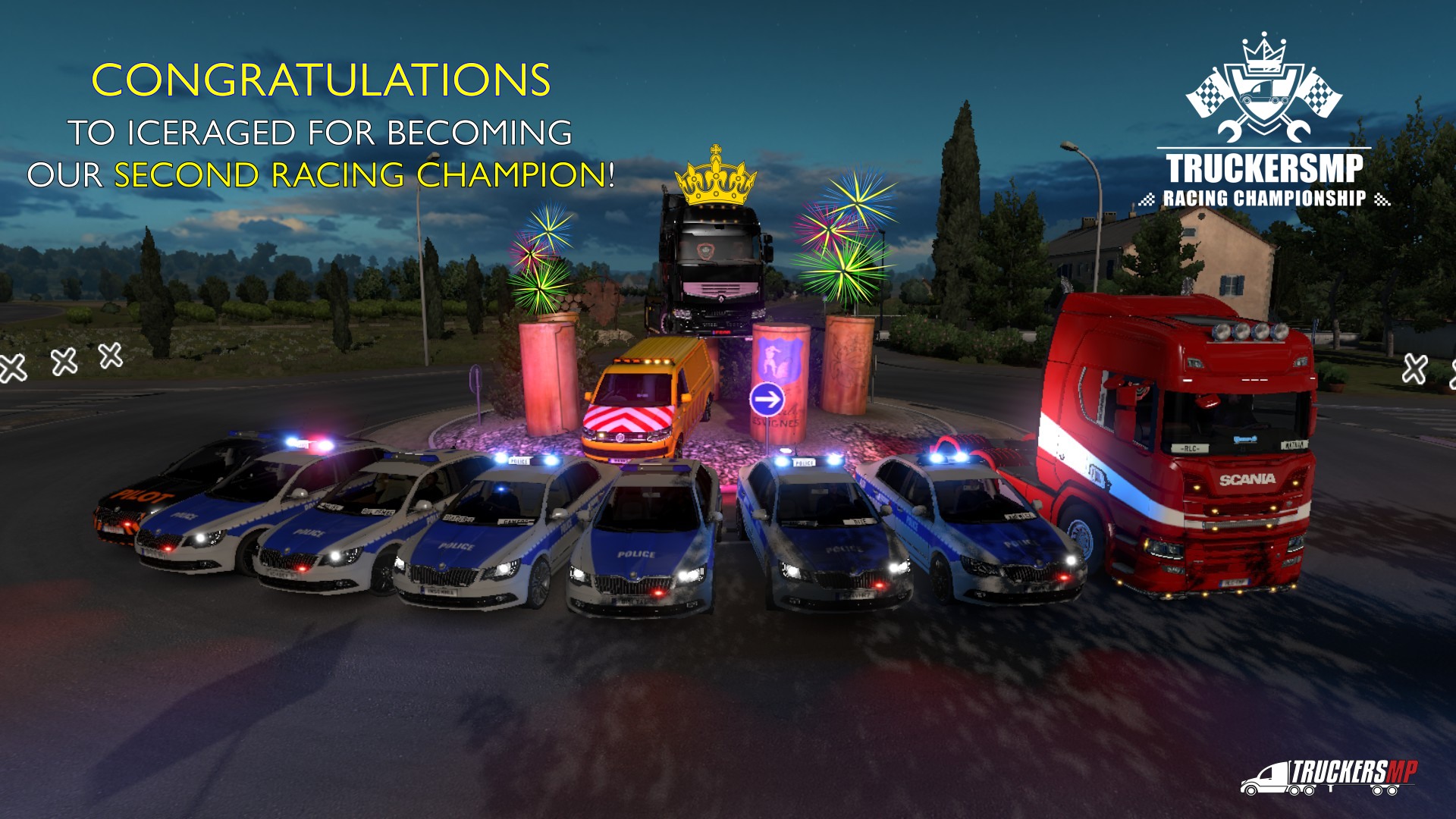 In addition to being crowned our second Champion, you will also receive a £50 Steam gift card and a shiny Award on your profile!

The Racing Championship action may be over for now, but we'll be back later this year for our Autumn championship!

For now, please drive safe and remember to only race on our Freeroam servers!