Thank you all for the massive support you have all shown during the stream and on our platforms! This has been a record breaking build-up of events across all our online platforms none of this would have been possible without you. Some numbers:

Since we revealed the support for ProMods it is time to do a small recap of the important things that have been said during the reveal stream. More detailed information such as Knowledge Base articles and other blog posts will be made available closer to the actual release. When will ProMods be supported?

Our closest aim is to have ProMods supported by the end of the month (September), but realistically this will most likely be mid October. This allows both teams at TruckersMP and ProMods to smooth out the last little issues so that a good product can be released. As a sidenote is that the release can be delayed if SCS comes out with a game update that requires extra work at TruckersMP or ProMods.

Will I be able to play with the current version of ProMods after the release?

No, you will not be able to use ProMods 2.41 on multiplayer. Multiplayer will be supported as of version 2.42 of which a beta version was used during the reveal. So if you plan to download ProMods already and you don't plan on playing it in single player then we advise you to wait until the release of 2.42.

Will I need all map DLCs to play on TruckersMP in the future?

No, we would never force you to buy DLCs. However, owning all map DLCs is a requirement in order to play ProMods and as such this will also be the case on the ProMods server.

How will the ProMods server be set up?

The ProMods server will be a separate server with 2500 slots in simulation mode. As time goes by we will evaluate the server performance and see if the number of available slots can be increased if there is a need for it. External contracts won't be possible as World of Trucks doesn't support the added and (heavily) modified areas. NCZ zones will work in the same way as on any other server so that means that companies, repair stations, ferries and garages will be covered to ensure safe passage. Other TruckersMP features such as the car and caravan will also work on the ProMods server. However, you won't be able to select jobs with the caravan outside the base map & SCS DLCs.

With the support of ProMods we are also announcing a partnership with the ProMods team. Official partners are groups with which we can build up a mutually beneficial relationship for collaborations, knowledge sharing etc. This is our 1st officially announced partnership, but there is another one on the way.

The project is not scrapped, but because SCS is still constantly making changes to the AI it is very difficult for us to complete it as working with AI is very complex. At the point where we 1st showed you the video of AI traffic in multiplayer we had a working prototype. Unfortunately, SCS then released new game versions through time with a massive change to AI which they have been improving ever since.

We are working to get ETS2Map updated and working properly again. Our first focus is to get the base map fully supported after which we will add the ProMods map.

You can re-watch the stream here. Our own reveal trailer which we featured at the beginning of the stream can be found here. Also don't forget to check out the trailer ProMods has made which you can find here.

A special word of thanks needs to be said towards everyone at TruckersMP and ProMods for making this all possible. Honourable mentions go to:

Thanks again for your amazing support and we will see you soon! 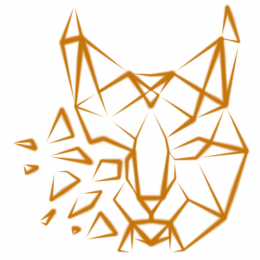