Today, we have really exciting news to share with you. If you were not already aware, we are partnered with TruckersFM, a community-ran online radio station created by and made for the Euro Truck Simulator 2 and American Truck Simulator community.

Over the last few weeks, we have been working on support for TruckersFM. Today, we are happy to announce what we have added.

Together with TruckersFM, we have added two new features in-game; new TruckersFM related commands and a radio box.

Radio Box
We have added a new box in-game which is dedicated to TruckersFM. This box displays live information from TruckersFM such as; the current presenter/DJ, last played song and the current song playing. 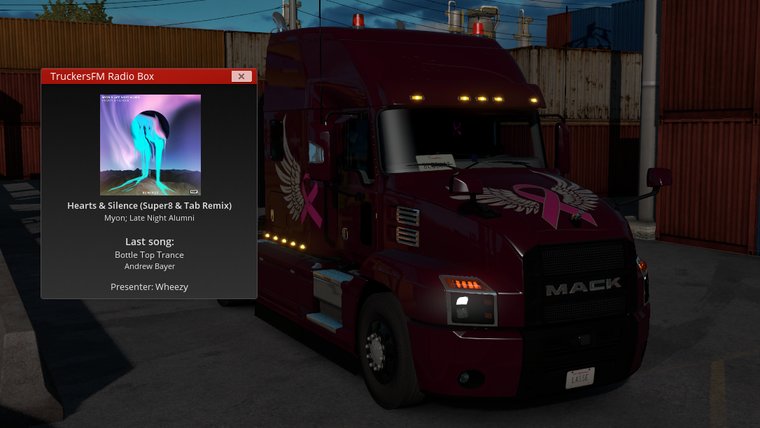 We hope you are all excited as we are for these new features!