We understand there is a lot of anticipation towards our multiplayer support for version 1.40, and with it, comes lots of questions. Therefore, we are happy to announce our Development Update 1.40, which will hopefully, answer your questions and concerns.

Although our support is not yet ready, we wanted to be clear on our current progress, and answer some popular questions from the community.

Of course, if there are additional questions you would like to ask, you are welcome to post them on our forum topic. We will monitor the topic over the next few days and answer them as soon as possible.

So, without further delay, it's time to answer the most popular questions about the update!

When is multiplayer support for 1.40 expected to release?

A lot of effort has gone into porting the multiplayer modification already, but there is still a substantial amount of work to do. We are currently anticipating a release towards the end of April. This estimate can be extended if there are any setbacks during the process.

Why do these updates take so long?

Although a lot of the porting process has been automated over the years, there is still a lot of work to do manually.

Additionally, although the TruckersMP Team consists of over 230 members, it's only our two Game Developers that have the knowledge, skills, and tools to prepare the port from 1.39 to 1.40. In addition to them working on the update, they have personal commitments in the real world.

To support them as much as possible, the whole team will be participating in test builds during the porting process.

If you're curious about the process our Game Developers have to port our multiplayer modification to support the latest versions, check out mwl4's breakdown in our previous Development Update topic, here: 1.38 Development Update | Forum Post.

How can I stay up-to-date with information about 1.40 multiplayer support?

We will ensure you are informed by keeping our social media channels and information regularly updated.

You can check them out below:

I already updated to 1.40, how can I play on the multiplayer servers?

As multiplayer does not support 1.40 yet, you will need to downgrade your game version.

You can also view our video guide on how to downgrade, here: How To: Downgrade Your Game.

It is estimated that ProMods ETS2 v2.55 and ATS v1.0.1 will be supported shortly after our initial compatibility update for 1.40. Therefore, the ProMods multiplayer servers will be temporarily unavailable when the 1.40 compatibility support is initially released.

This is likely to only take a few additional days to support, whilst we make the necessary preparations.

Will 'Iberia' DLC be supported?

The new Iberia DLC will be supported, including No Collision Zone support in appropriate locations.

Will the World of Trucks 'Cruising Iberia' event be supported?

If the event has not already concluded, it will be supported when we release multiplayer compatibility for 1.40.

It's worth noting that the event will conclude on Tuesday the 11th of May at 23:59 UTC.

Has the new lighting system affected the multiplayer porting process?

No, the updated lighting system introduced in 1.40 has not affected multiplayer in a substantial way. There are, however, some minor issues with our Scout vehicle's headlights/beacons, which will be resolved for our update.

Are there any FMOD-related issues affecting the multiplayer porting process?

No! Since client version 0.2.3.1.0, issues related to the FMOD sound engine have been resolved. This will continue to be functioning correctly in multiplayer, in 1.40.

Will the Renault T 2021 be supported?

Yes, the Renault T 2021 will be supported, including full synchronisation, and CB Radio.

Will the Spring Graphics/Weather modification be supported in 1.40?

Yes. The Spring Graphics/Weather modification by Grimes has already been updated for 1.40 and will be supported in multiplayer. Our Knowledge Base article (How to install the Spring Mod?) will be updated to reflect the latest version, when our 1.40 compatibility support has been released.

Why are you focusing on creating official events, instead of working on the new version?

Although the TruckersMP Team consists of over 230 staff, each person has an area of the project to focus on. As such, official events are created by the Event Management and Event Team. They collectively spend thousands of hours to provide the community with fresh and exciting events.

However, the multiplayer port to 1.40 is an effort our two Game Developer's focus on. Presently, only mwl4 and ShawnCZek work on the game client, as they possess the knowledge, skills, and tools to prepare the port from 1.39 to 1.40

Why are you still focusing on the Alternating Vehicles project, instead of preparing 1.40 support?

Similar to our official events, we have staff working in our Add-On Management and Add-On Team, dedicated to preparing the vehicles every two weeks. This project does not affect the Game Development's progress on porting multiplayer to 1.40 in any way.

Why are new DLCs, such as paint jobs, supported within a few days, but major game versions take weeks/months?

Our Game Developers have spent a lot of time creating systems to automate a lot of the porting process. Fortunately, the majority of the work required to implement the latest DLCs is now automated, with manual work kept to a minimum.

However, major game versions, such as 1.40, still require a lot of manual work. New game versions introduce hundreds, sometimes even thousands of changes to the game code. All of these changes need to be reflected in the multiplayer code and updated accordingly. Although a lot of this process is automated, a large portion of these code changes need to be manually analysed and addressed, which takes hundreds of hours.

The game servers have been unstable recently, what's going on?

Our DevOps team are aware of the ongoing server stability issues in the past few weeks and are continuing to investigate. Unfortunately, as explained in a recent Status update, the datacentre some of our game servers were located suffered a fire, which resulted in a lot of interruption to our European game servers.

Although our servers are now back at full capacity, there remain some stability issues that are out of our control.

We are in contact with our server provider and are actively looking into solutions to resolve the issues.

This concludes our development update for 1.40 multiplayer compatibility.

Although there are still a few days to go, we are all very excited to see you online in 1.40, and cannot wait to wave to you as we pass along the roads of Iberia. Our appreciation goes out to everyone showing support to the team - your words of encouragement are what keep us going!

Your patience and understanding are appreciated! Thank you.

113 comments on the forum 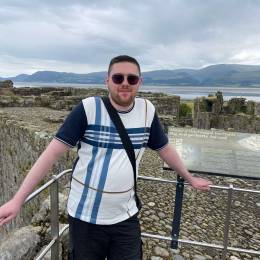