~ The road is never long alongside friends. ~


~ The road is never long alongside friends. ~

At the point this post will be published it will be a bit late, this post should have been posted on the 1st of July but it's better to be late than sorry.

I the Community Manager of CONSPEED want to share with everyone how a small project between friends became something we couldn't imagine it will get so far and yet here we are and we are here to share how our VTC was founded in the first place, how we we're able to achieve our goal of getting Validated on the TMP Community and there is a lot more to come from us.

======================================== CONSPEED started from a small idea from people that are currently still with us and some who are not anymore beside us but want to thank them for their effort of bringing the idea and giving us a small push from behind. CONSPEED back then was just a small discord server back in February 11th of 2022 when the idea of starting a VTC as a family got struck upon these people Markz, Theo, iChanter, FakeR, Silithor, AlexGogo, Alin2k20 and Antaury. This people started from a small talk where they said they want to give a try in having a TruckersMP VTC and on the 13th of February they Founded the VTC on TruckersMP and on the exact same date they participated in their first International convoy and making their first step on their journey of trying to get Validated. While creating an Instagram page to get ourselves known in the TMP Community.

CONSPEED first convoy was a charity convoy organised by Transport Grand Quest where we made ourselves known with a big number of trucks with just hours from just getting founded of 12 Trucks!! 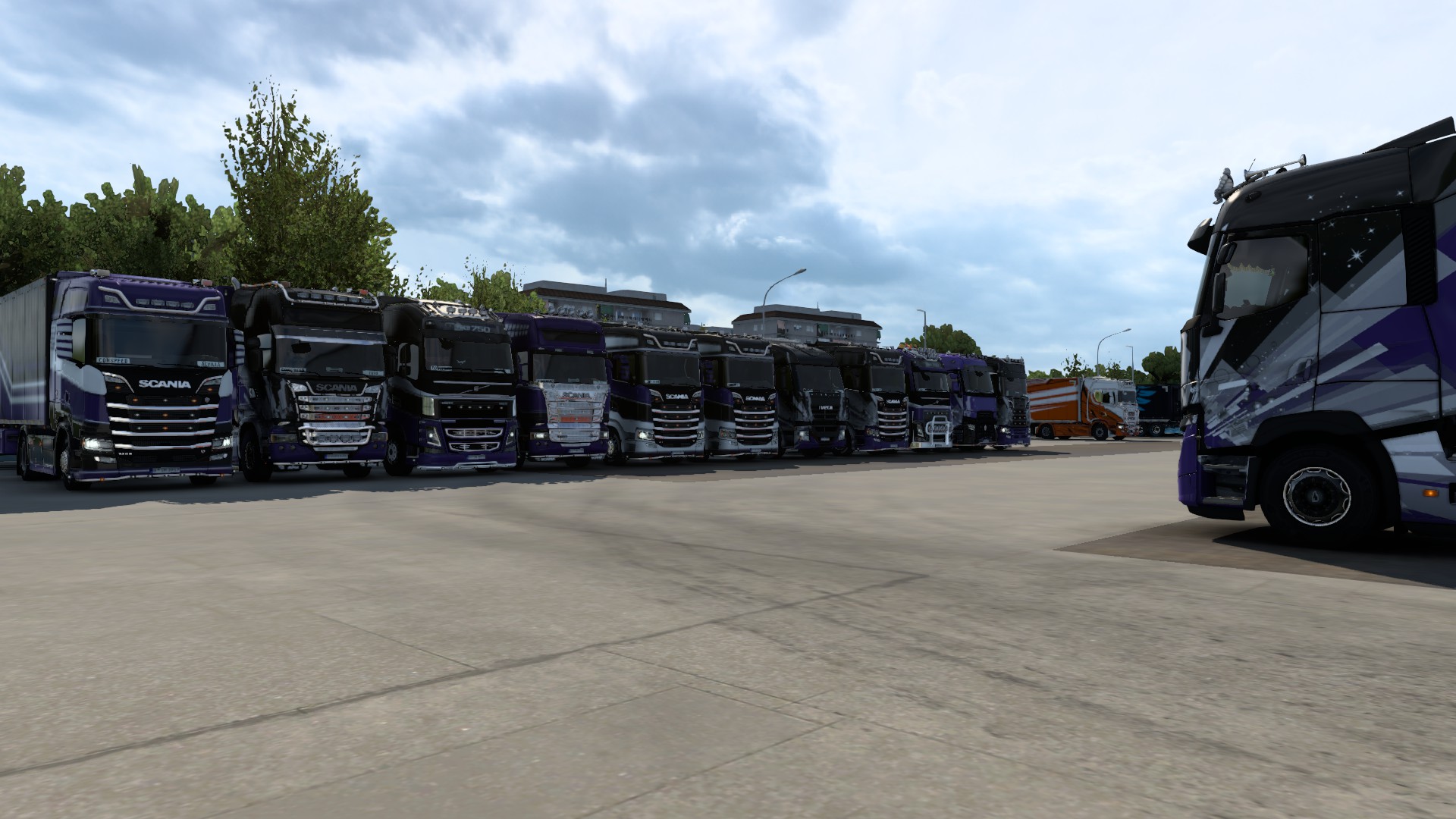 On the same day 14th of February our Staff Member ADJ - SIlithor along side one of his friend created our own website which was another big step in our journey.

CONSPEED third convoy of the month was on 15th of February when our drivers attended with a huge number of trucks for us at BRUIJN LOGISTICS Monthly convoy where the journey started from Katowice (Poland) through national roads on the DLC Going East and finished it in Ostrava. 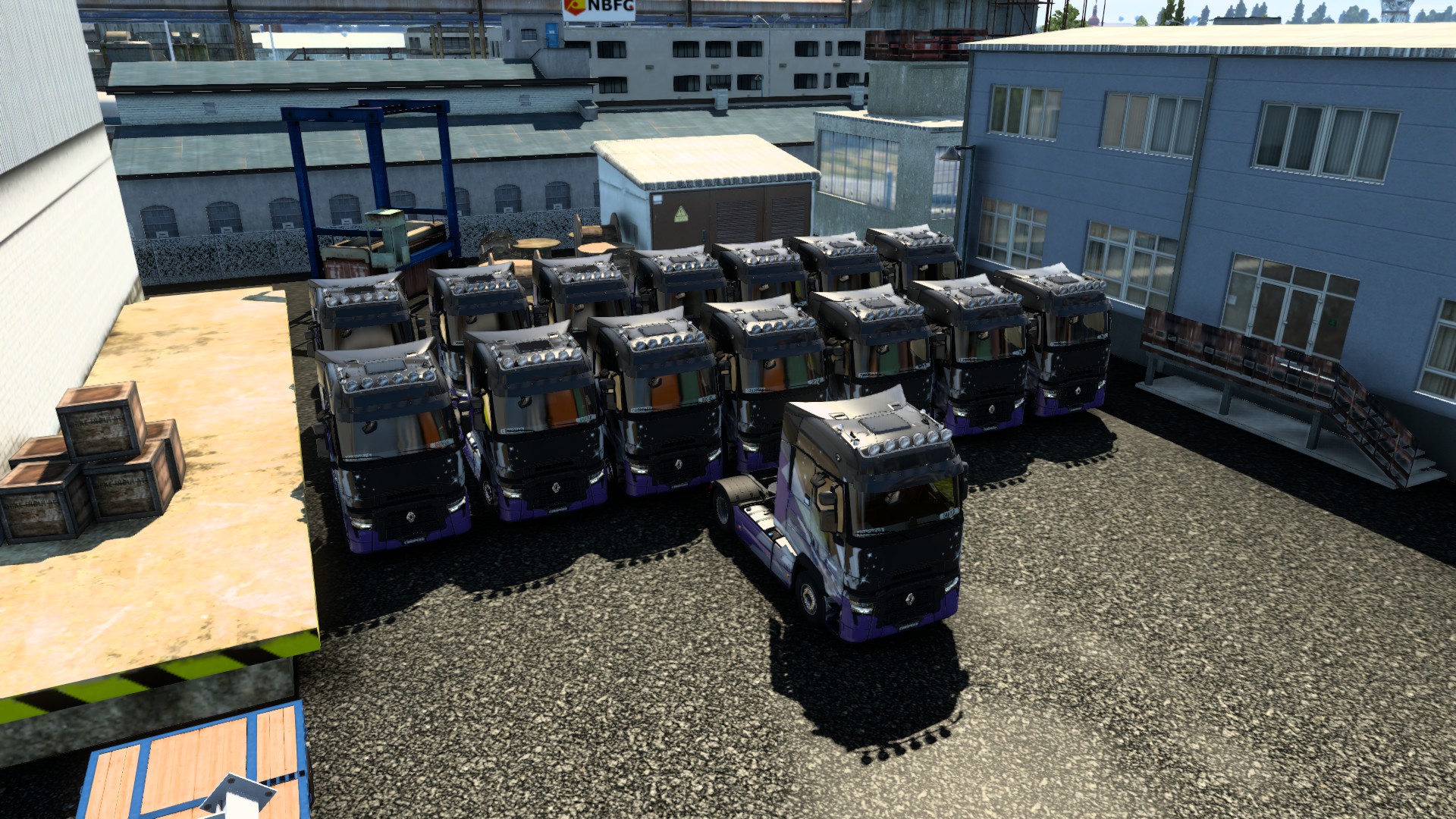 On 19th of February our drivers participated at GÖKBÖRÜ VTC February Convoy on Road to the Black Sea DLC starting from Pitesti and final destination being Cluj-Napoca.

On 26th of February CONSPEED attended TGI 1st Anniversary FAREWELL Convoy where the route was roughly around 1100 KMs starting from Calais, and ending at Prague (Quarry). Our Drivers wished T-G-I a happy anniversary and good luck in the future.

On 27th of February CONSPEED Attended a very tragic convoy where many TMP VTCs attended one last convoy in the memory of SanaMaria one of the TMP GMs and a well known person in the community with a special Trailer made just for her. Over 400 Drivers attended this event. May her soul fly high in the purple skies and rest in peace. 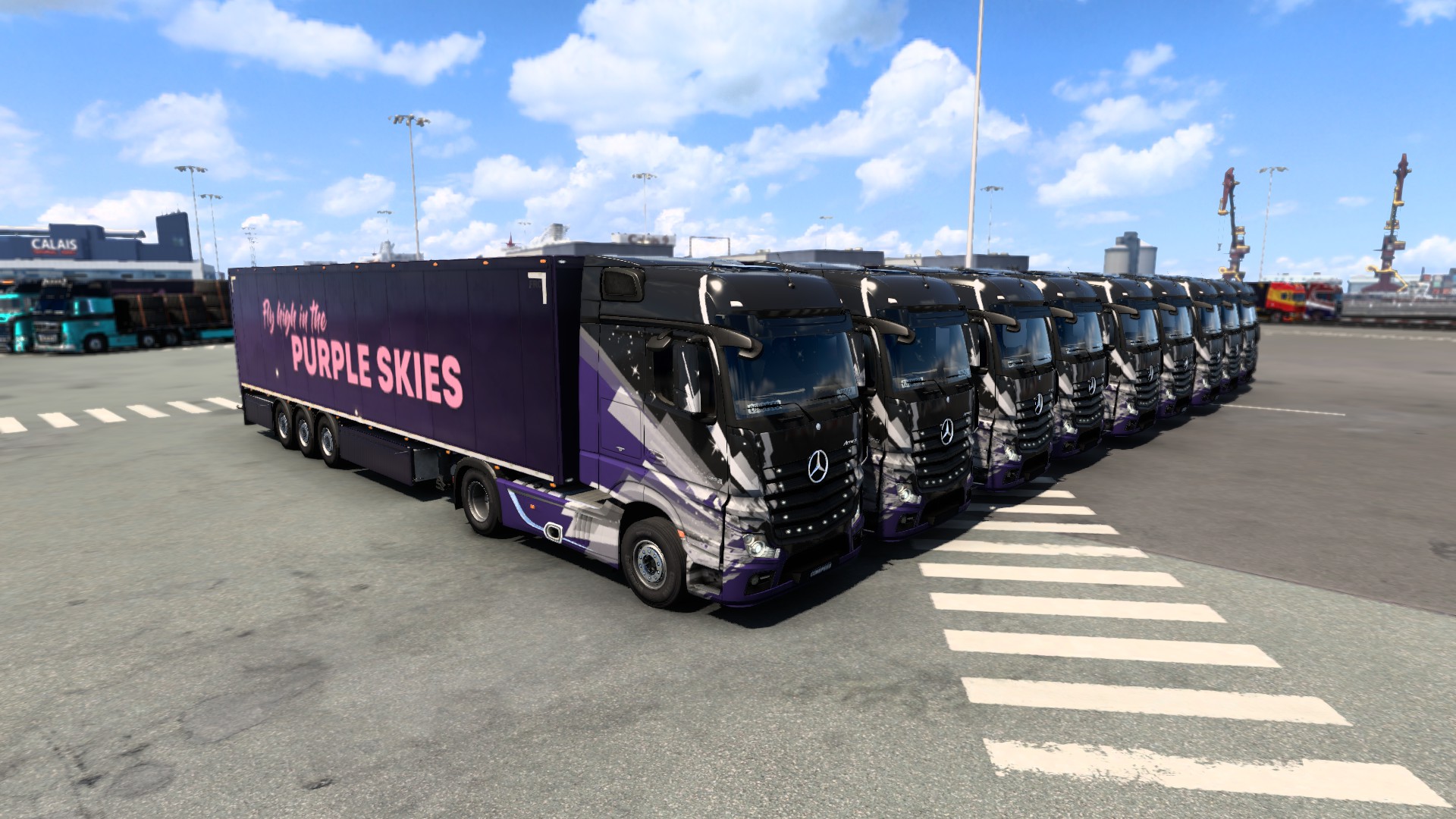 On 3rd of March we applied with all the requirements met to become one of thousands of TMP Validated VTCs.

On 4th of March we attended TQD's 4th March Convoy with over +150 Drivers which attended this convoy from 30 VTCs. This was when we got our response on our Validation ticket from Schak where it stated that our VTC met all the requirements and "WE GOT VALIDATED BABY!!!" We we're so happy after that convoy that we wanted to go for something even bigger. Our Dream fom that day was getting bigger and bigger by the day for one thing. The VERIFICATION status for our VTC which never left our minds not a single day, not a single hour, not a single minute and not even a single second. We we're focused on becoming a bigger and better place for people to drive with. 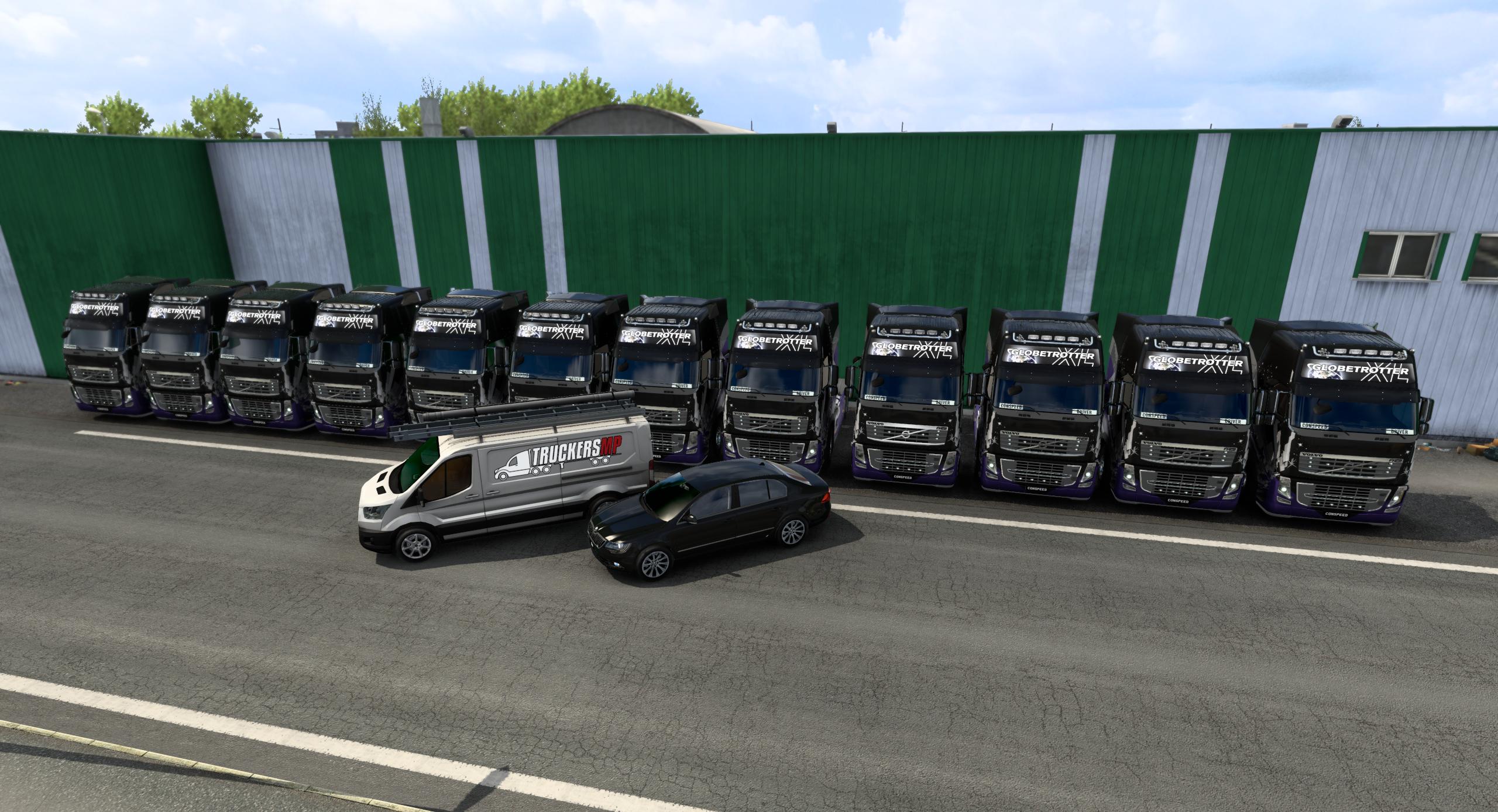 On 12th of March 2022 our drivers attended GÖKBÖRÜ VTC March Convoy which was roughly 800 KMs long traveling from Ancona to Bari via Cassino. More than 15 VTCs and +130 Drivers attended this event. 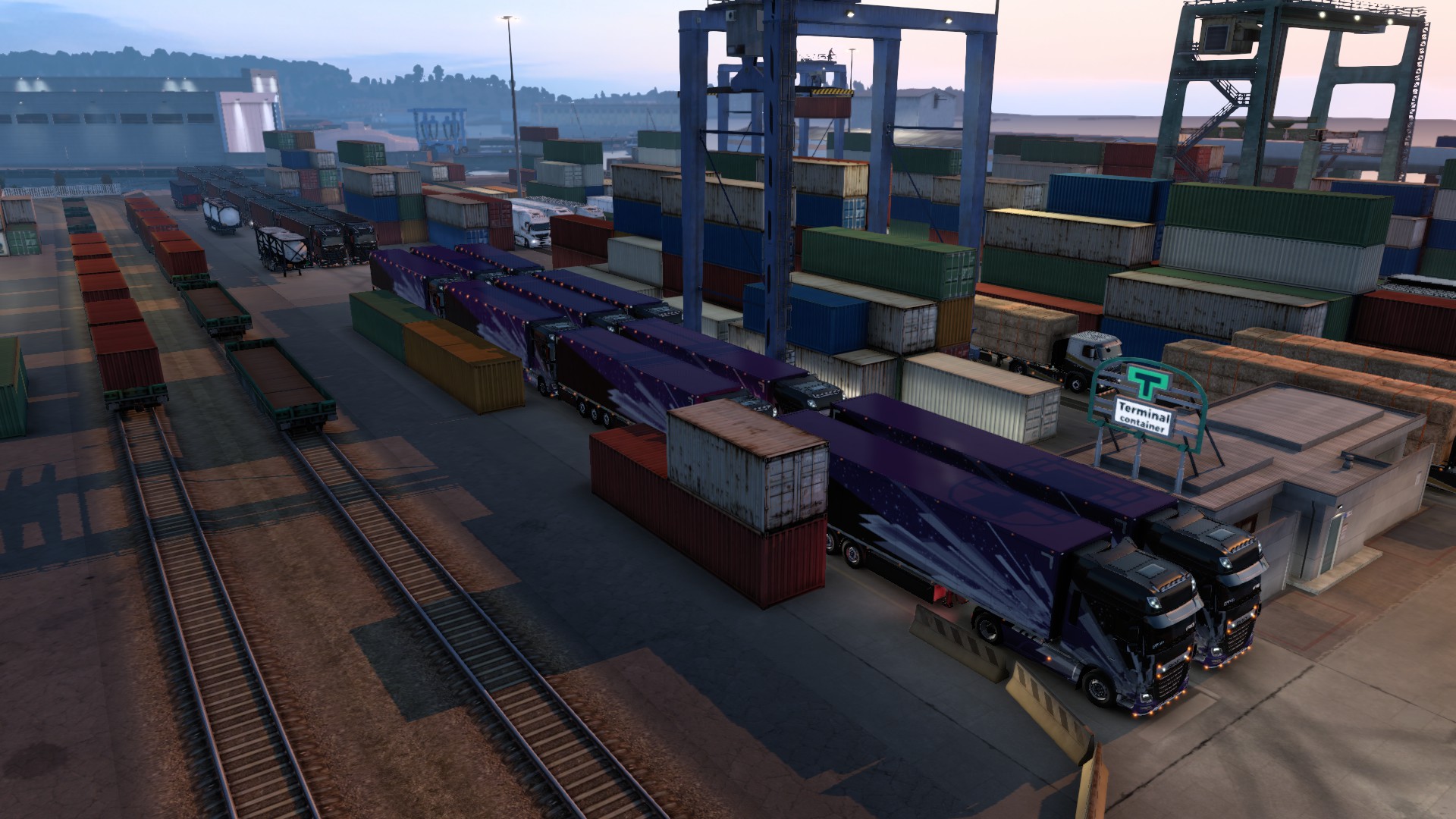 On 20th of March 2022, our drivers attended Renegade Racing: Opening Event. More than 100+ drivers attended this special event since it was their first event, with their own Convoy Control Team which was amazing. The trip started from Mannheim Quarry to Calais Port, with a truck fest event at the end with a route of over 1200 KMs. On this day our VTC Was awarded for having the best VTC attendance and smartest looking VTC On 18th of May 2022 our drivers attended Golden Phoenix where the trip began from Talinn Estonia and ended in Turku Finland. About 1100 kilometers of beautiful nordic roads which we're great and 110 drivers from 16 VTCs attended. On 21st of May 2022 our drivers attended GökBörü VTC May Convoy. The journey had over 700 kilometers of picturesque roads from Romania on Road to the Black Sea DLC starting from Bucharest all the way to Nadiac customs. Over 150 drivers and voer 20 VTCs attended their event. 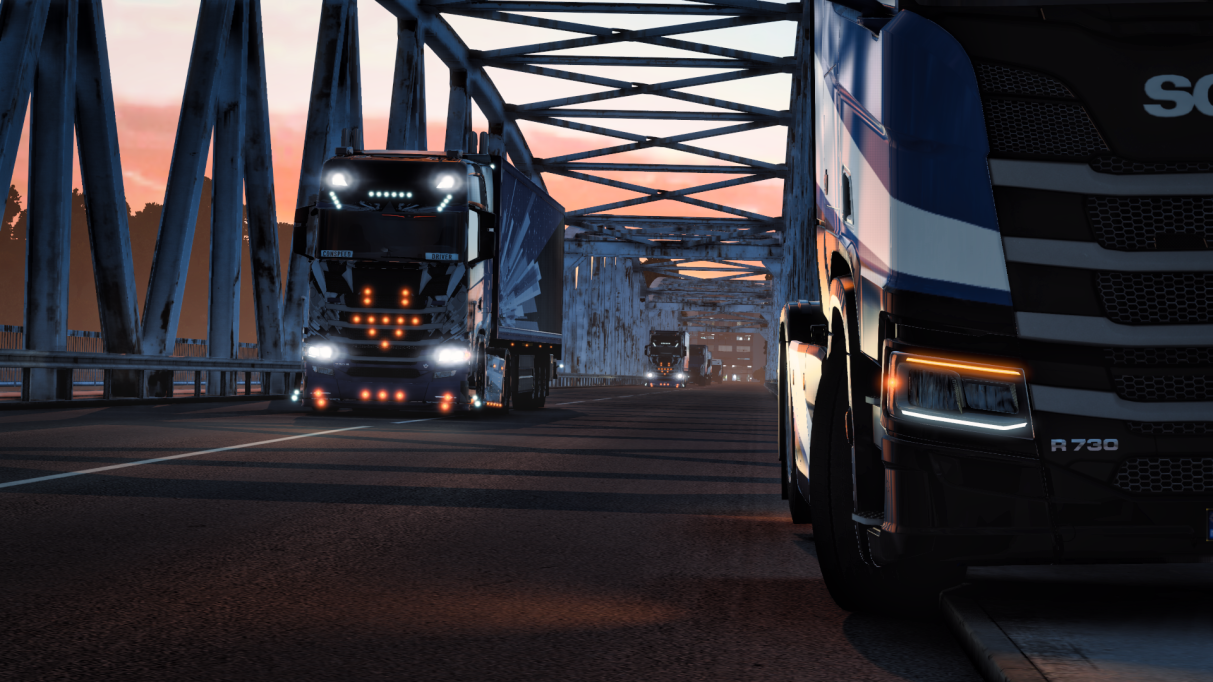 On 31st of May 2022 our drivers attended YÜKSELEN LOGISTICS 3RD YEAR CONVOY. The journey had over 960 KMs of pristine roads from Slovakia(Bratislava) from the company WGCC and end point being Magdeburg Quarry. Over 194 drivers and over 17 VTCs attended their event.

On 3rd of June 2022 our drivers attended POLAR EXPRESS monthly convoy #51. The journey had over 1000 KM of breath taking scenary on Scandinavian roads starting from Aalborg and the final destination to Luxembourg at LKW. Over 245+ Drivers attended the event with over 31 different international VTCs.

On 13th of June 2022, our drivers attended KIZILSANCAK VTC June Convoy. The route had over 860 KMs of Scandinavian roads to enjoy. Starting from Stavanger and the final destination to Göthenburg (Norrskenl). Over 142 International Drivers from 17 VTCs.

On this day 15th of June 2022 CONSPEED participated at SPEEDY'S FAREWELL CONVOY after we heard the tragic news that he sadly passed away on 5th of june probably from pneumonia. This year we lost another soul. May his soul rest in peace and be happy in a place where he has all the cheeses in the world he desired.

On 16th of June 2022 CONSPEED participated at STARRYS CONVOY JUNE 2022 with a route of over 1000 KMs of pristine roads and a nice route on the new rework of Austria. Starting from Munich City, FInal Destination being Klagenfurt in the city.

On 18th of june 2022. CONSPEED Participated at GÖKBÖRÜ VTC JUNE CONVOY With a route of over 1000KM on a scenic road starting from Klaipėda (City) and final destination being Gdańsk (City/Port) on Beyond the Baltic Sea DLC.

On 26th of june 2022. CONSPEED Participated at CHARITY EVENT TRUCKING FOR PEOPLE WITH HEART DISEASES With a route of over 915KM on a scenic road starting from Swansea and final destination being Aberdeen (Stokes) on UK roads. Over 140 drivers and 21 VTCs attended their charity event.

With a route of over 1184KM starting from Călărași (City) and final destination being Edirne on the DLC Road to the Black Sea. Over 565 drivers and 65 VTCs attended their 3rd year anniversary.

CONSPEED VTC would like to announce that this month we will push even harder than usual and make our presence known even more then before.

We want to thank everybody from the bottom of our hearts for accepting us for who we are in the TMP Community and giving us a chance of who we really are and what we are capable of.

Along this journey of ours we made new friends, we got new drivers and we are steps closer to our dream of becoming a Verified VTC in the TruckersMP Community. We also want to say that we apologize for any inconveniences we caused along our journey and hope that none will happen from now on. We have reinforced our Discord server with new rules and new VTC rules. We are slowly updating our Website to be up to date to every convoy we attended so far.

I, personally wish everybody who stayed and read this news post that took me 2 hours to write and to everybody who didn't a happy day/night and be safe!

P.S Some convoys are not written above where CONSPEED attende cause it had over 16k characters ^.^ and had to trim it down to 10k max.