If you missed the original blog for the Racing Championship, you can check it out here: https://truckersmp.com/blog/175

After an exciting and busy weekend, it's time to confirm the results of our Autumn Racing Championship 2019!

Our latest edition was action-packed and full of surprises! We upgraded the series massively, featuring not one, but two days of truck racing.

Day one's highlight was our huge custom-built, eight-lane drag strip running through the city of Las Vegas! Eight players would nervously line up at the start line, hoping their high-powered truck and skilful driving would put them in front.

The top four players to cross the finish line would be qualified to enter our Championship taking place on day two.

Day two featured four tracks around California, each with a unique layout and custom-design!

Six players would battle through our unique tracks set in San Francisco, Los Angeles, and Santa Cruz. Only the fastest three would go through to the next round, with the rest being disqualified.

Each track introduced more dangerous corners, jumps, and high-speed straights, pushing our contestants to the absolute limit. We were impressed with every driver's skills, and thank you all for participating, making this event possible!

Below is a list of all of those that qualified for the championship, and what round they reached!

As a token of their success, each player has received an Award on their profiles! Shall your opponents forever tremble in fear when they see that! ;)

After over six and a half hours of racing action, we could only crown one contestant as our Autumn Racing Champion... 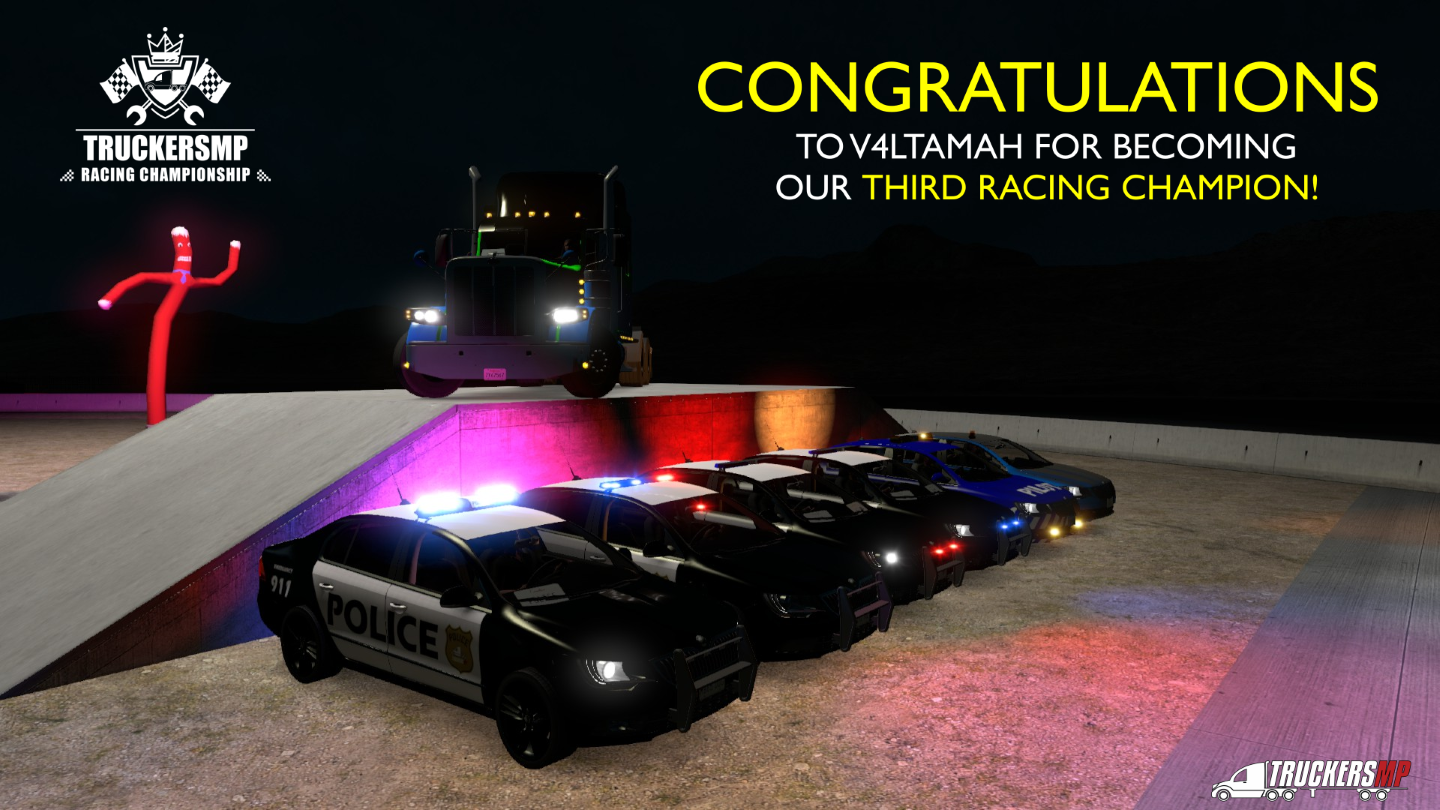 In addition to being crowned Racing Champion, V4LTAMAH also receives an exclusive Award on their profile. We're also throwing in a £50 Steam Gift Card!

Congratulations to you and a huge thank you for everyone that participated in our Autumn edition. We hope you had as much fun as we did organising it!

Stay tuned for more on the series, as we've got big plans to warm up those cold trucks later in the year...

Until then, why not watch the action on our official YouTube channel!?

Drive safe out there.