Who are we We are a vtc for young and old we started on 30.01.2022. We are a transport company like no other that knows what logistics is all about and the customers we visit know what we expect from them and what they expect from us . We are a community that is changing the way virtual trucks are today. We hire truck drivers all over the world to use their time with our company. Our mission was to create a place where truckers on ATS and ETS2 could come together to form a friendly community of all forms. Our drivers always come first and to do that, we need to put responsibility, respect, trust and initiative on all members to be able to go. And we love to drive through the beautiful landscapes. We drive as economically as possible so as not to damage the environment too much with our co2 emissions. You can see us driving all over Europe with different loads from flowers to expeditions. That is why we take our responsibility and we all show respect, trust and initiative. The working language is Dutch and Dutch. We aim mainly in ETS2 and sometimes in ATS.

What do we transport We spend a lot of time and fun in game with them. We are all a big family that is there for each other and support each other through thick and thin. What is a vtc A vtc is a virtual trucking company We drive in euro truck simulator2 with them all many km away and we transport different loads to

Do you think it is something to register with our company? Take a line in our discord server. And who knows, you might just become a new member in our company! do you want to get in touch with wargamer2019# 9 855 mvg owner Unity International bv

Events We Are Attending

It is not allowed to promote and/or refer to other VTCs. Violation will result in dismissal and a permanent ban.

You must have a working microphone. Driving is serious and realistic. But there is a speed limit, you can't go faster than 100 km.

Intentional ramming, blocking, wrong driving, trolling or otherwise non-serious behavior will not be tolerated. Upon discovery, a conversation with the perpetrator follows If you want to drive for fun or with a car, you can do this but remove your tag name. This is to prevent people from getting the wrong idea about our company.

Do you want to ask some questions or do you need something, make a card and you will receive an answer to your question 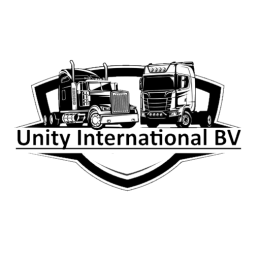